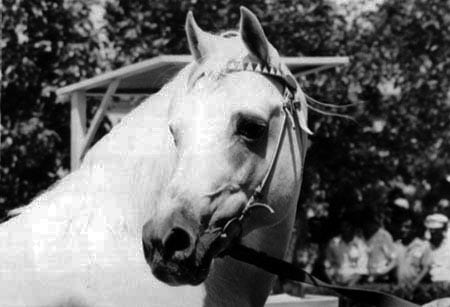 The Stallion Who Helped the Communists Become Capitalists

What does an Arabian stallion have to do with Communists, capitalism, and an Egyptian public works project? 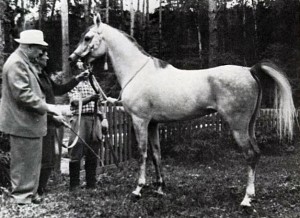 Who was this lucky stallion who benefited from the Cold War? The man in the white hat appears to be Soviet Premier Nikita Khrushchev. Photo from Judith Forbis' The Classic Arabian Horse, c. 1963.

President Nasser was pushing for the development of a new dam on the Nile River that would control flooding and droughts, thereby improving the lives of millions of Egyptians. The Old Aswan Dam, finished in 1902, was built and raised twice by the British in an effort to control flooding of the Nile, but it became apparent that raising it a third time still would not be adequate.